See Links for Forum (Discussions) and Photos Below Comments Panel. 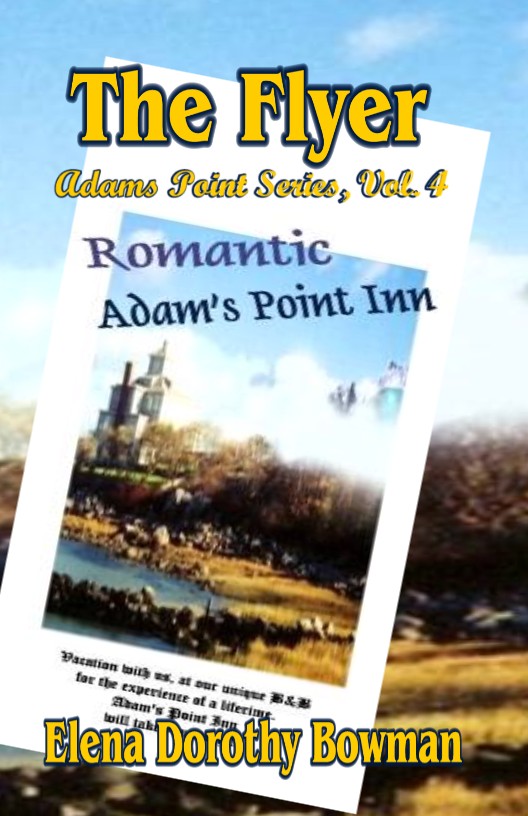 It was the flyer that brought Victoria Caldwell to Jacob’s Cove and ultimately to Adams Point where she met Ethan and Abigail Becket the owners of the Inn at Adams Point.   When she arrived at Jacob’s Cove she settled in at the Mariner where the proprietor warned her about the strange happenings there. He told her of the last group and how when they had held the flyers in their hands, a strange wind had ripped them away, never to be seen again.   After listening to the story, Vikki held her flyer tight, waiting for a wind that never came. She was so intrigued by the story the proprietor told her that she could hardly wait to get started on her adventure. He warned the path was treacherous, slippery, and she could easily fall in. He also warned her not to go near the Inn, it was too dangerous.   What she didn’t know was how the adventure, the Inn, Ethan, Abigail and Tony would impact her life forever.

The Flyer is available from:

Welcome to our Group Hub. The slection of groups will grow, and members will have the capability of forming groups and inviting other members.