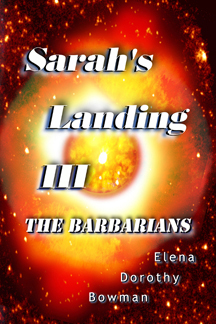 A Crlllion Armada is detected heading toward Earth. And a single battlecruiser, with the last of the civilized captives fleeing from Crlllion on board, is on an intercept course.
As the alarm is triggered in Space Command the Pleiades roars off the launching pad. Andrew learns that Adam is on board and is his weapons officer, and with that, knows what type of weaponry he now has. Andrew changes course as an explosion rocks his ship. Adam fires back. Blinding explosions light up the darkness of space as one Crlllion ship after another vaporizes.
Two ships from Crlllion survive the explosions. One with the madman in command, bent on savagery and destruction streaking toward Earth and a confrontation with Andrew and the Pleiades; the other, unknown to Andrew, Adam and the Earth Defenses, commanded by a leader fighting for survival and refuge, was rushing to intercept and protect the vulnerable Earth ship and in so doing, Earth. Could the Pleiades stop the madman's apparent suicide attempt? The fate of Joshua's two sons lay in the balance as well as many lives on Earth if they fail.

Sarah's Landing -3 - The Barbarians is available from :