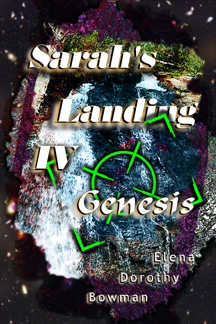 As the story continues, Andrew introduces his brother Adam to his girlfriend, and tells him he has just the right Earth girl for him. The two women become deeply involved with the two men and thoughts of marriage abound. As their relationships become more intense, the Earth girls learn the secrets of their boy-friend’s lives, and who their suitors really are.

Being privy to their ‘ties’to Oceanview, Genesis, their ties to the Planet Theon, and the arrival and departure of people from that planet, the probability of their own travel by teleportation, frightens them and they wonder if it is wise to continue their relationship. How they wonder, can they avoid hurting the men and people they've come to know and love without betraying them, their own families, their own people and their own planet?