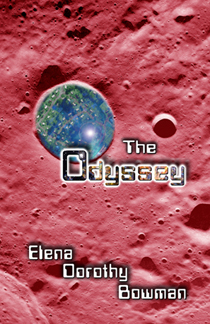 A sleepy New England town is suddenly thrust on an unintended odyssey to a place before time began.

A small sleepy New England village is suddenly thrust on an unintended journey to a place before time began.  A devastating flood bearing down on the unsuspecting village devastates a neighborhood. When the waters finally subside, a strange object — a probe — emerges from the depths of a sinkhole. Two young brothers inadvertently activate its teleportation system sending the town and its unconscious citizens soaring towards a dead planet drifting in space. Eons ago, its twin suns were on the verge of colliding. In a desperate effort for survival probes were sent from the stricken planet through time to the far reaches of the Universe. When the people of the tiny village of Oakville awaken they will discover that the incident that befell their town would soon become a reality that would change their lives forever.

The Odyssey is available from: