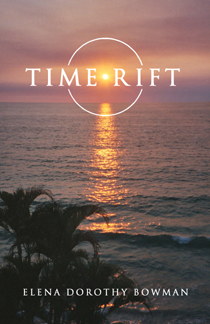 A Time-Slip novel that takes you beneath the waters of the Pacific to a world that shouldn't exist.
Trisha Holden, against the advice of her loved ones and all of her deep-sea diving training, decided it was too nice a day not to 'go it alone' and explore the depths off Ke'e Beach, Kauai. Beckoned by the deep, and Hawaii's blue Pacific Ocean, she plunges into the unknown and is soon caught in the throes of a seaquake...an undersea earthquake, which opens a portal between the present and the past that only the Earth remembers.
She falls through a fissure in the ocean's floor and into an Ancient City, trapped for Centuries beneath the waters of the Pacific. It's flaxen-haired, fair-skinned people endowed with abilities far superior to any Trisha has ever known are stunned by the sudden appearance of the dark-haired, blue-eyed terrestrial in their midst. For Kan, the high priest, and Trisha it was love, almost at first sight. When she accidentally stumbles onto a secret ceremonial ritual designed to punish wrong doers, Myaculi, the High Priestess sees her chance to destroy Trisha. After all, Kan belongs to her. He was promised to her at birth and she means to have him.

Time Rift is avaiable from: